I can't believe I actually forgot to mention I moved my blog to a new website!
So without further ado here is the new URL: fashionhappens.be

This week at London Fashion Week were shown the Spring/Summer collections of our favourite top designers. New York Fashion week was great so I was excited to see what LFW would bring us. And I know this is getting old, but here I am again, writing about Moschino! I can't get over it, I love this label.

Jeremy Scott joining the label as creative director really was just what they needed, his style being slightly more eccentric than most, he was the perfect fit. Besides for working for Moschino, Scott has his own label and has launched an accessories line with none other than Miley Cyrus, aptly named 'Dirty Hipppie'. (for those who speak dutch , heres a piece I wrote on the collection on my other blog)

Bubblegum pink lipstick, big platinum blond hair, and with Barbie tunes ringing out of the speakers this show was exactly what you would like to expect from a Moschino show, maybe even more. Last season we saw an equally poppy trends, with pieces inspired by McDonalds and Budweiser. I loved the tshirt Jeremy wore as he took a bow after the show reading 'Moschino for ages 5 and over'.

Love the style? click here to get the look! 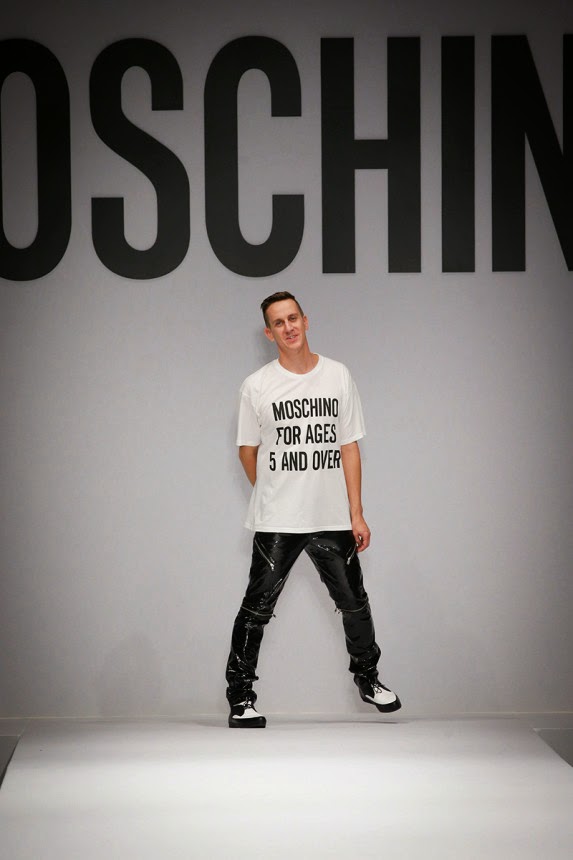 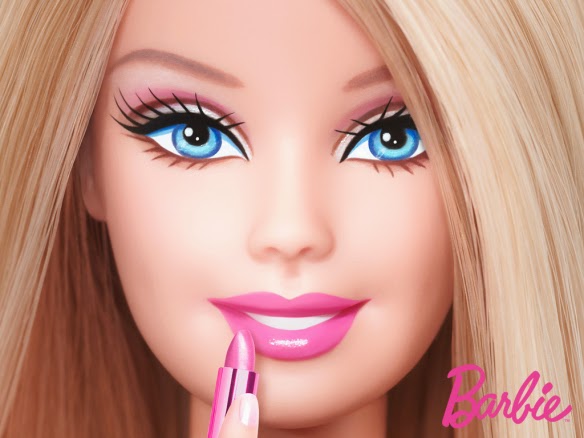 It’s OK, you can admit it, we all still secretly love barbie’s.
Working in a toyshop, I often find myself staring at the barbie’s, there just so pretty, pink and shiny, I can’t help myself! But I have accepted that I may be a bit too old to own any these days… No worries though, I have found some Barbie related items to keep the little girl in you alive and happy. 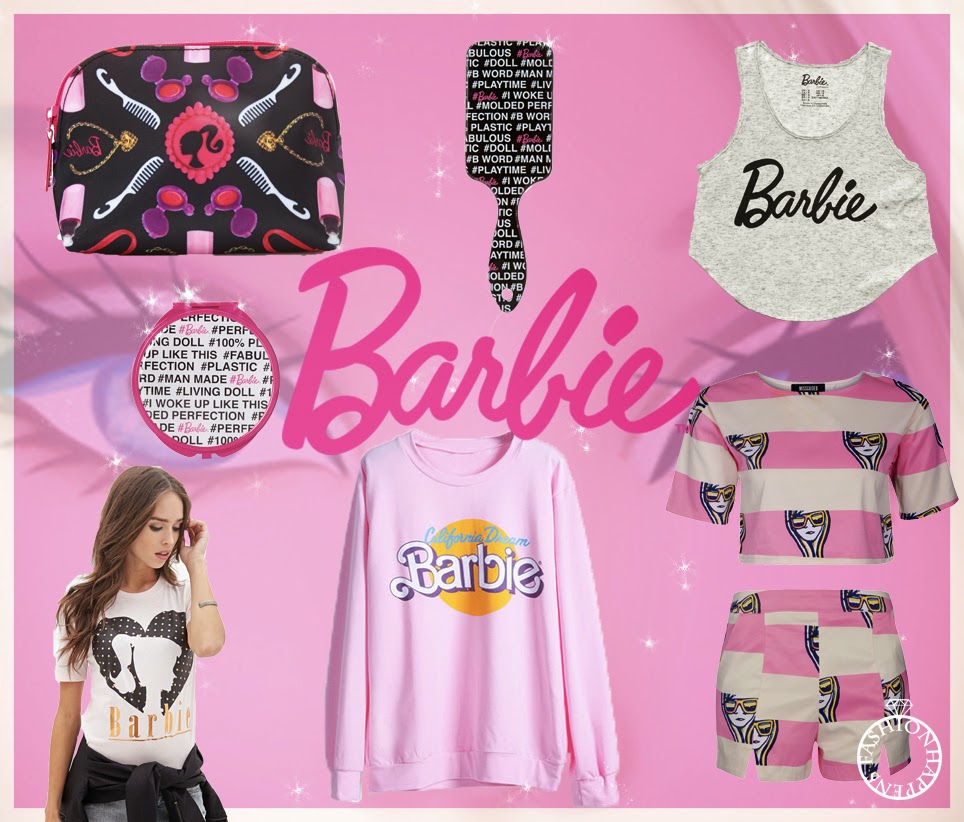 If Chantelle Harlow isn't on your radar yet, she needs to be. Young, beautiful and relatively green in the modeling world, Chantelle went from struggling with suicidal thoughts to a finalist in America's next top model. 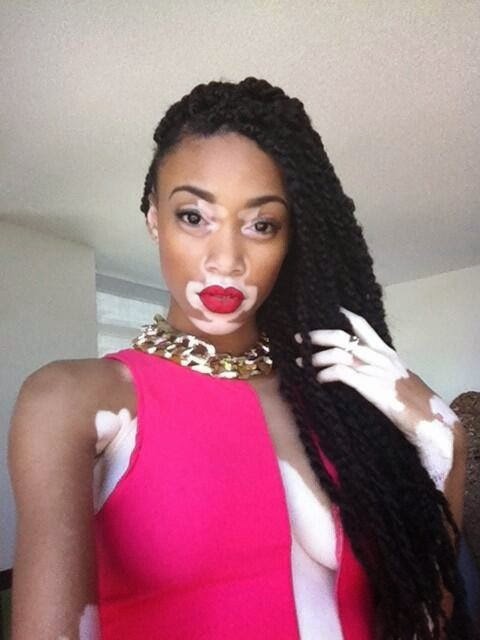 Chantelle was hand-picked by none other than Tyra Banks herself as a contestant on the 21st cylce of the series America's next top model after noticing the model with her unique looks. 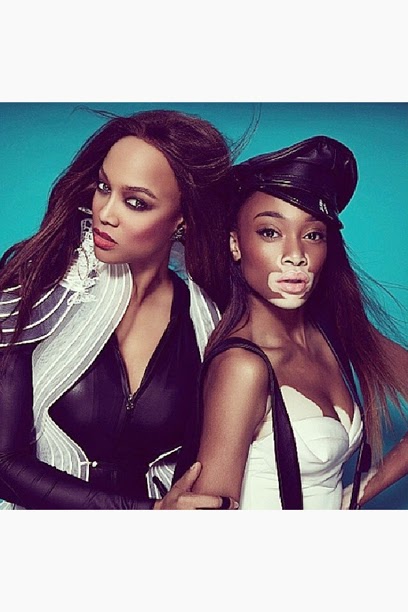 At the age of 4, Chantelle discovered the first patch on her stomach and was later diagnosed with a rare skin pigment disorder called vitiligo. Over the next few years more white matches appeared over her body and hands, knees, stomach and face in an almost symetrical patterns. 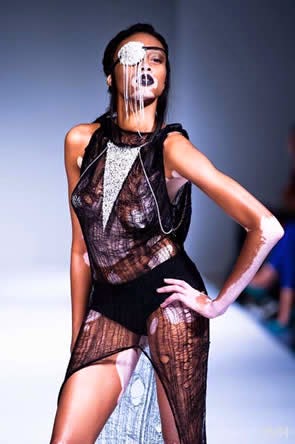 But Tyra isn't the only one to notice Harlow's strikingly unique look. Desigual already realed in the model as there new face for the autum/winter collection. I'm sure we will be seeing more of her in the future. 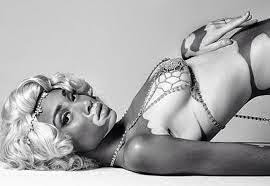 I have read many good things about this young model, I love her attitude towards life despite the
challenges she faced growing up with her skin pigment disorder, telling people she is a spokesperson for vitiligo. In my opinion she is beautiful and her loving and accepting herself as she is, makes her even more beautiful , I can't wait to see what she will bring uw in the future. 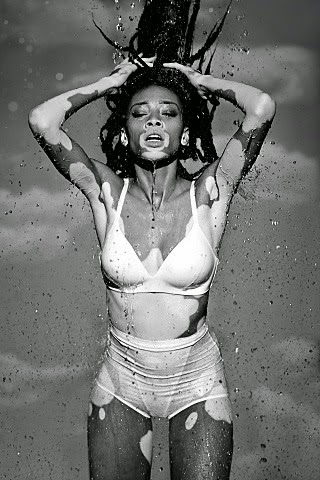 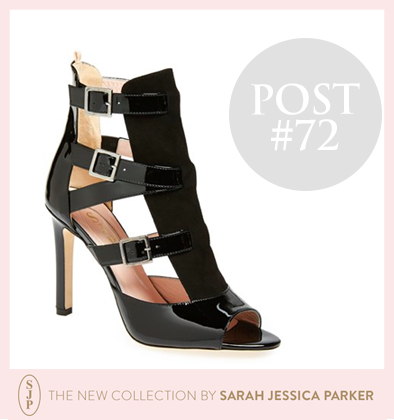 A while back I wrote about Sarah Jessica Parker's shoe collection, SJP.  I remember not really being impressed the shoe collection. You can read the article about her first collection here. 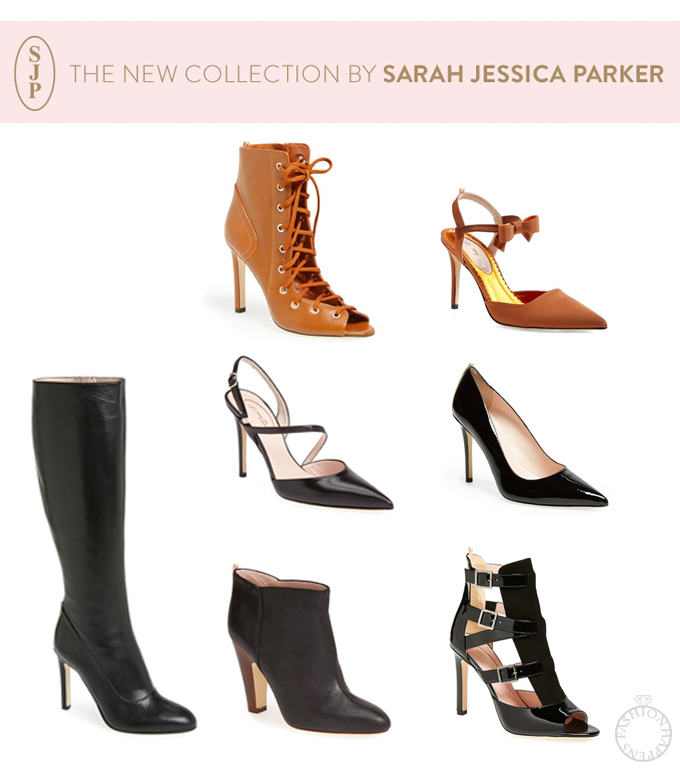 This time round the shoe's are more to my taste. Parker kept some of her originals in the collection, the overall look being ladylike and polished. With these hand made Italian shoes, you'll instantly feel like Carrie in Sex and the city!
The shoes are exclusively available at Nordstrom. 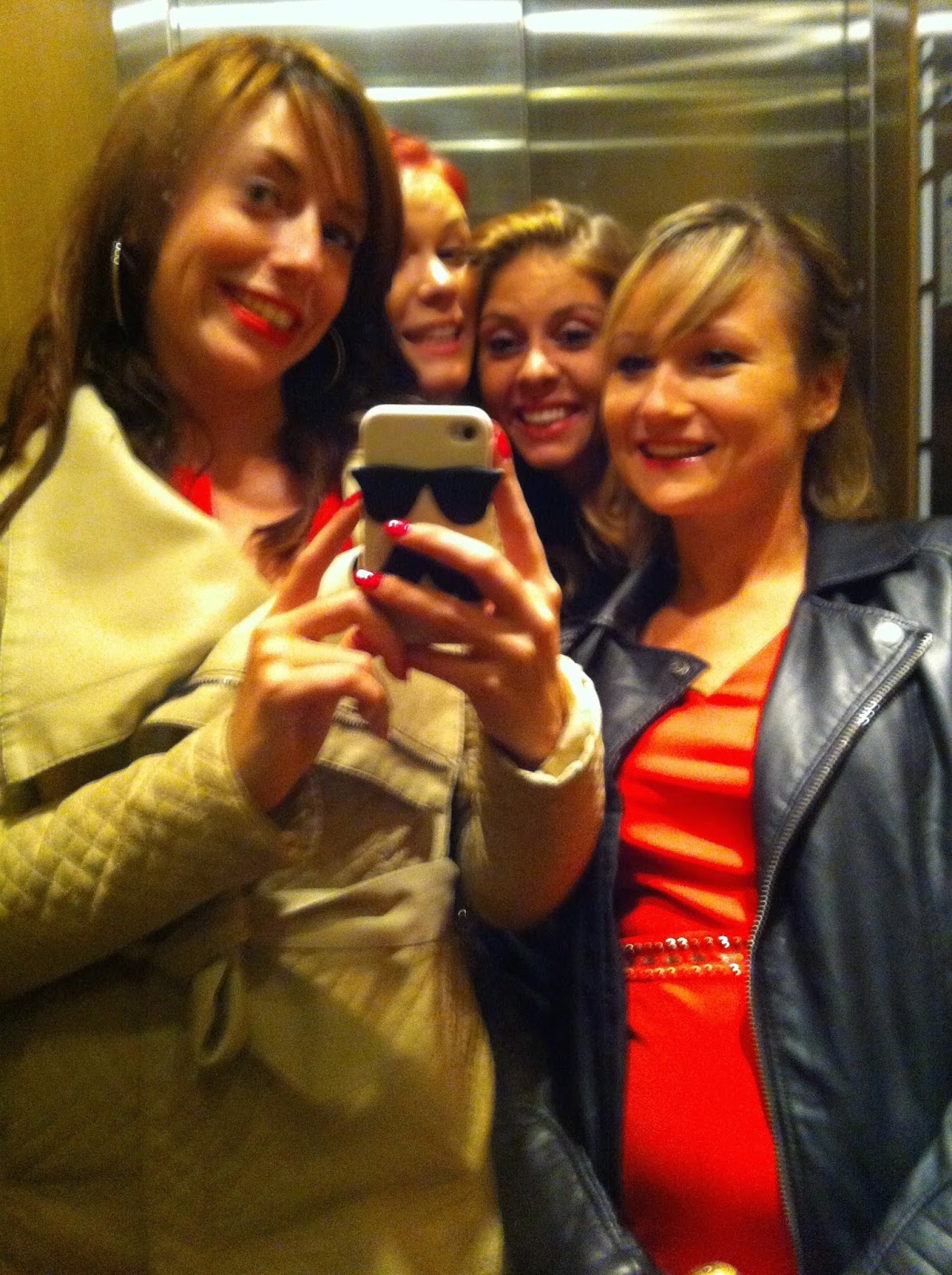 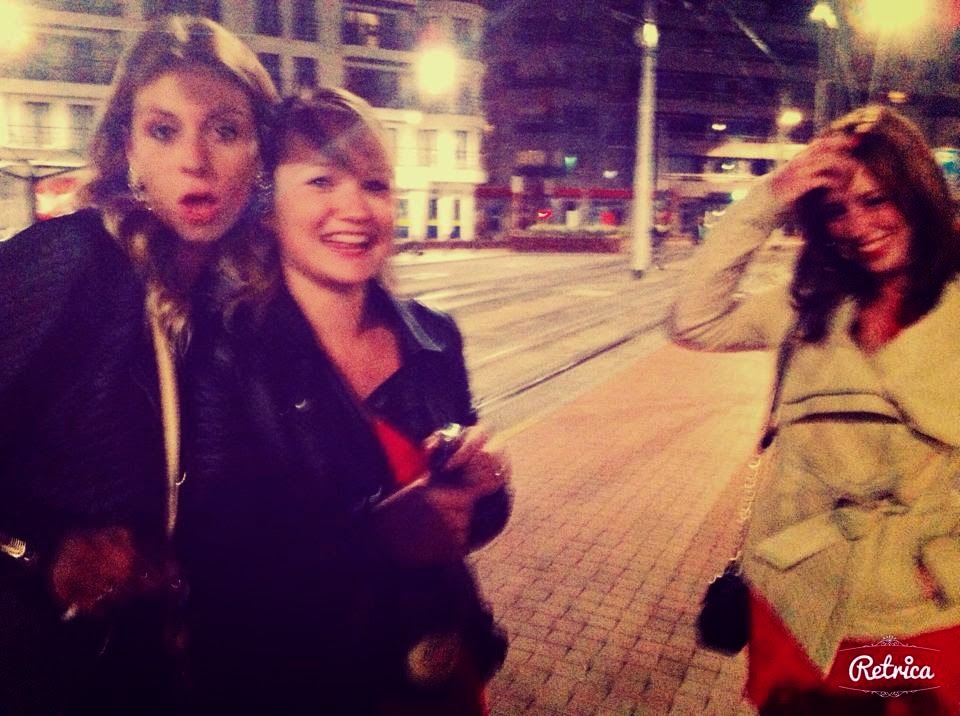 Now, back to the article. A few weeks ago my friend Elien announced that she had won 4 tickets to Folie du Zoute on the 6th of august. I was lucky enough to be asked by friend to join her along with two other friends, Shanna and Ilse. The tickets were for a fashion show followed by a party in Knokke. Being the diva's we are, we were late and missed the fashion show. Which was a shame but never mind, we had an amazing night! 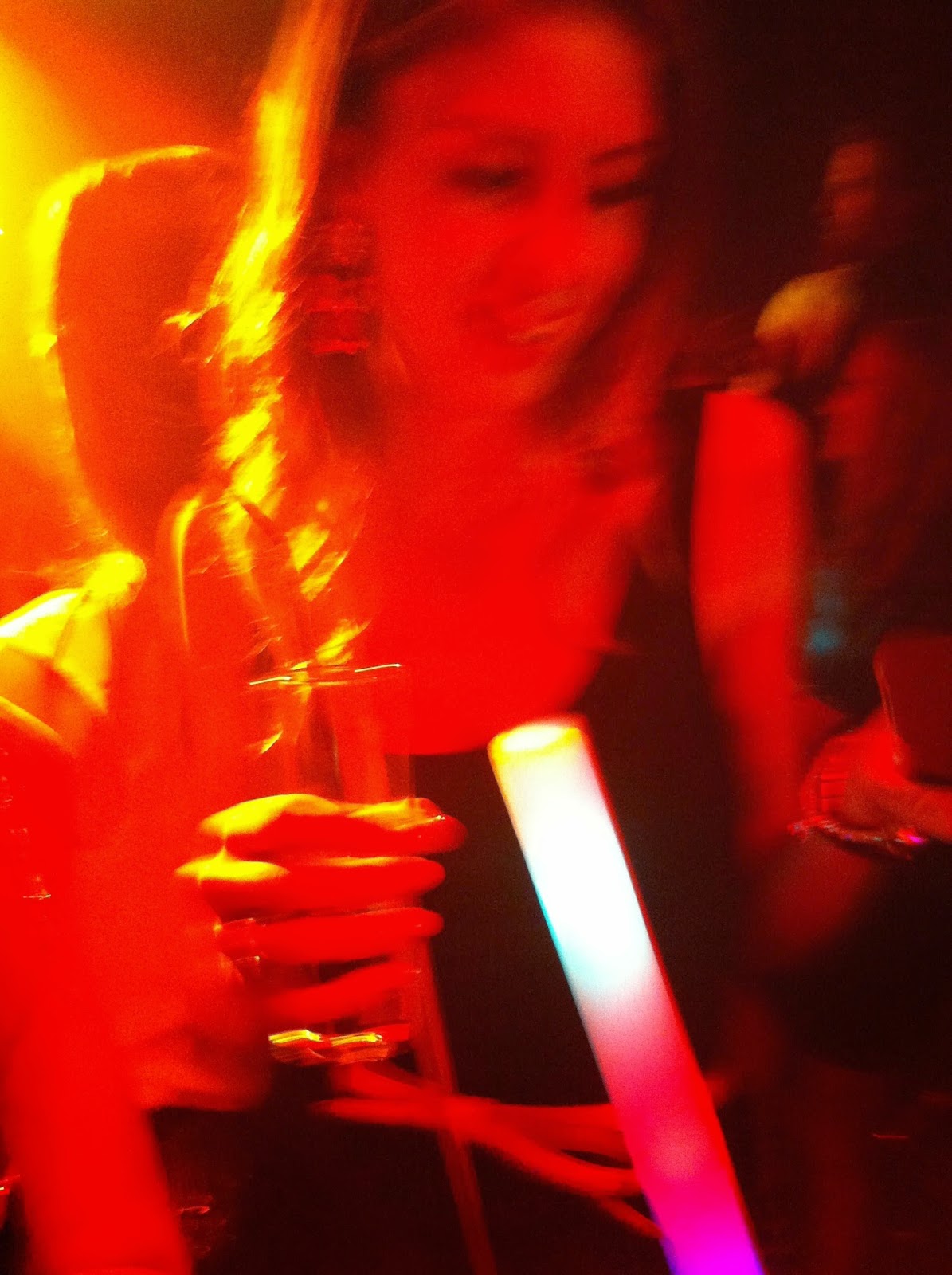 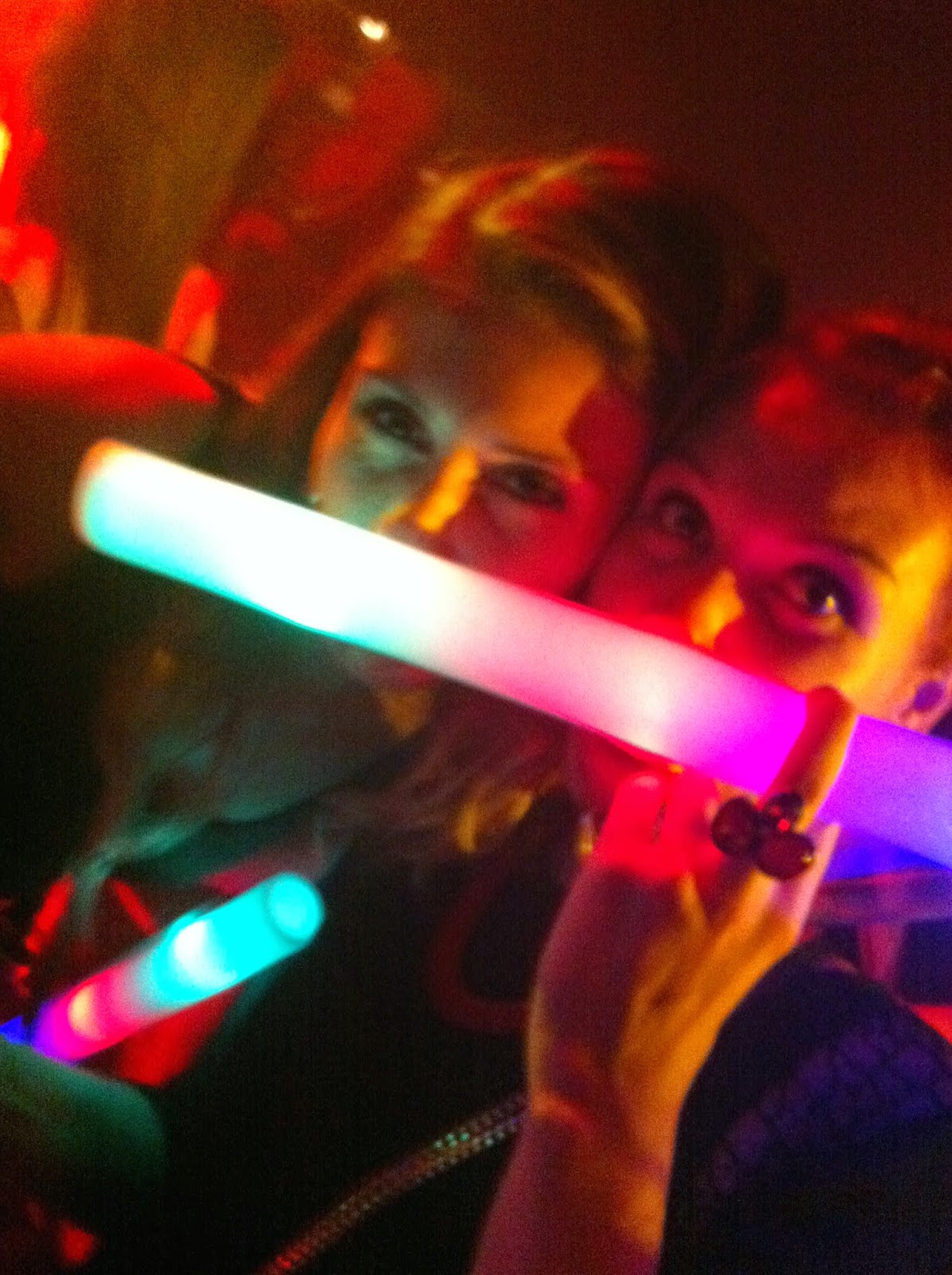 None of us had any idea of what to expect. A few years ago Elien took me to another party in Ostend called Nacht van Exclusief, she had gotten tickets through her previous work and would be doing the Belgium celebreties hair before we went. But something told me this would be nothing like that party. 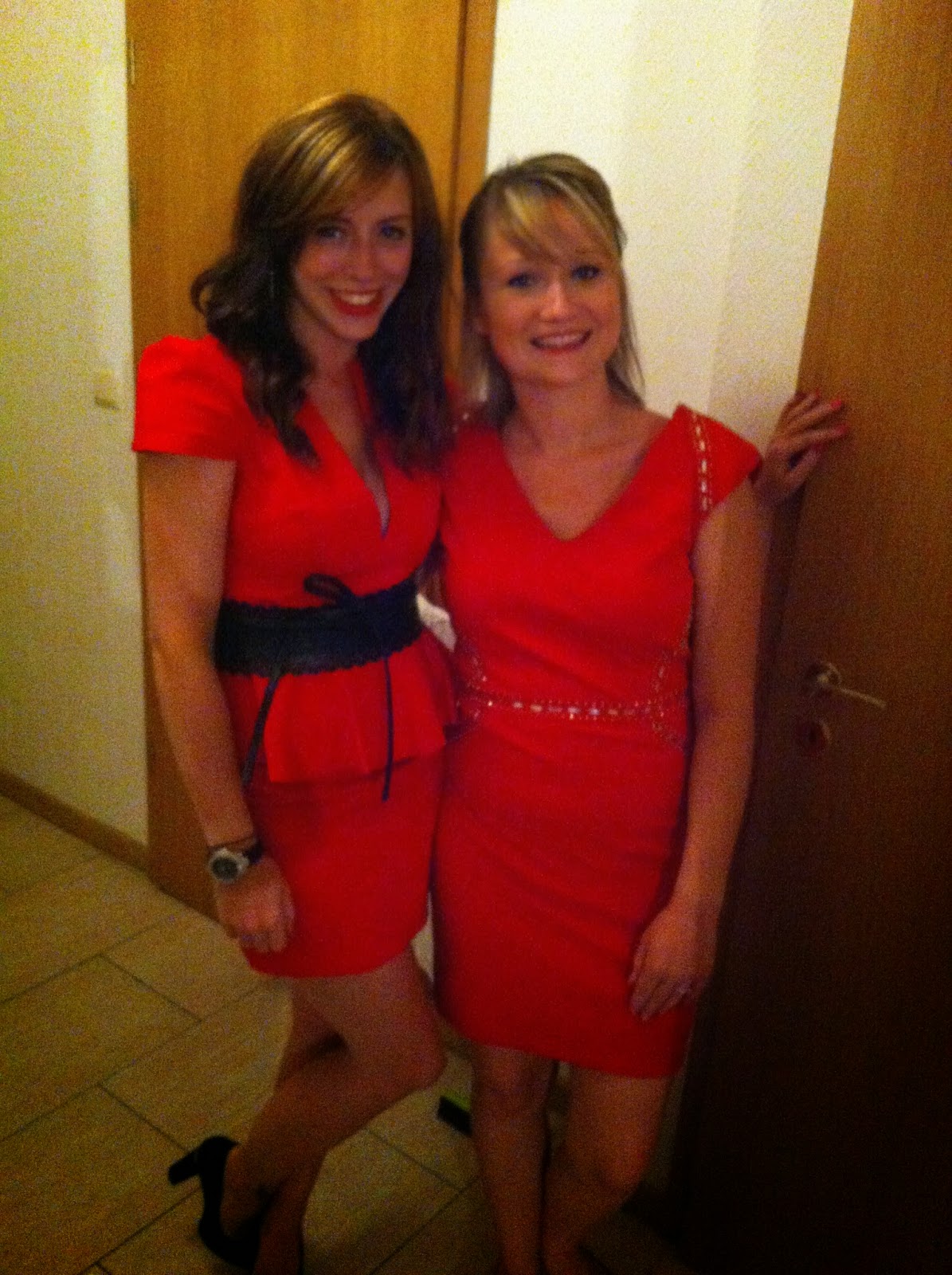 As we arrived, we noticed not many had taken notice of the 'touch of red' dresscode. So the past thew days stressing over a red outfit was basically unnecessary. Nevertheless I was glad I had worn a red dress Niki had lent me along with my new Michael Kors shoes. Big mistake, it was a nightmare, I have no idea why I thought wearing new shoes for the first time on a night out would be a good one. The next day when I went to Blink 182 numerous people treaded on my blisters :( 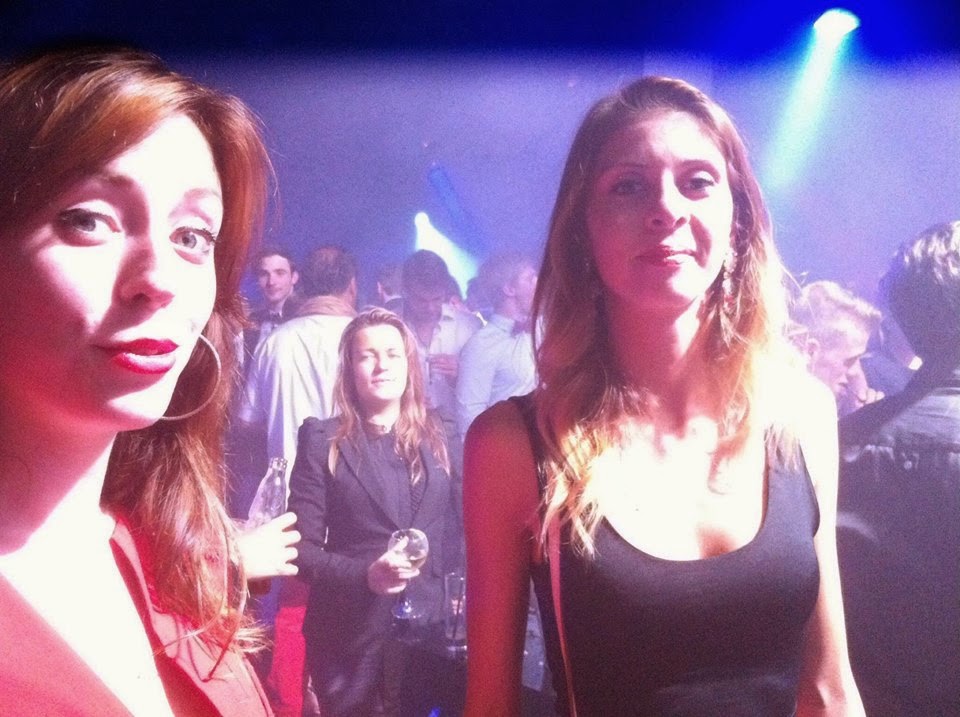 Along with the shoe thing we did have a bit of a bad experience at the bar, every.single.time(!!) we ordered a drink. But expect for that we had a blast! I love my friends and spending time with them like this. These are memories we will look back to later in life and laugh :) 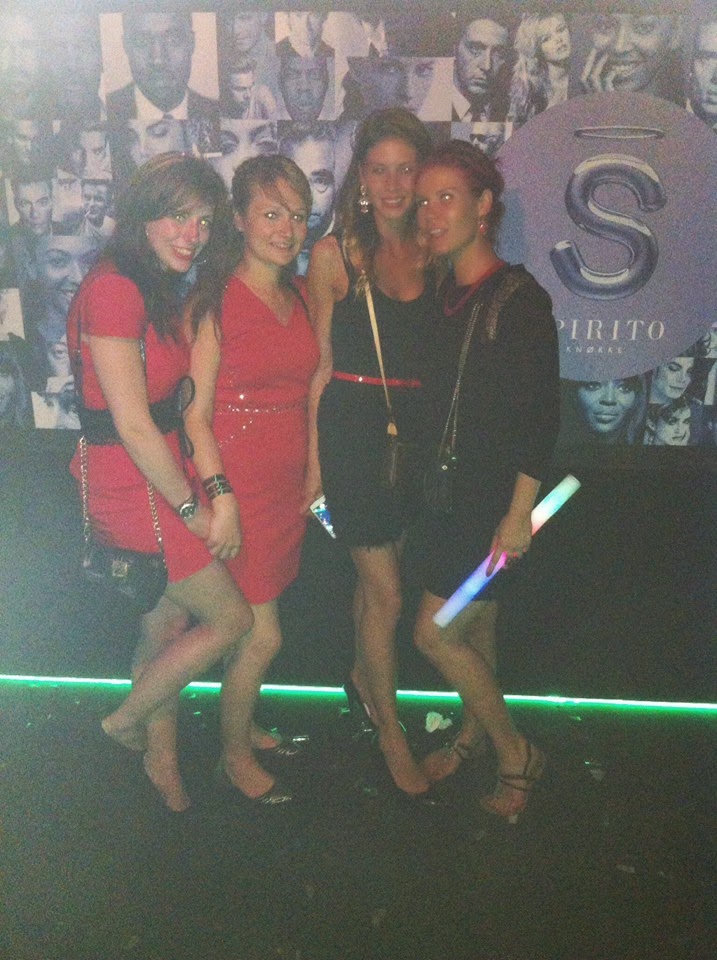 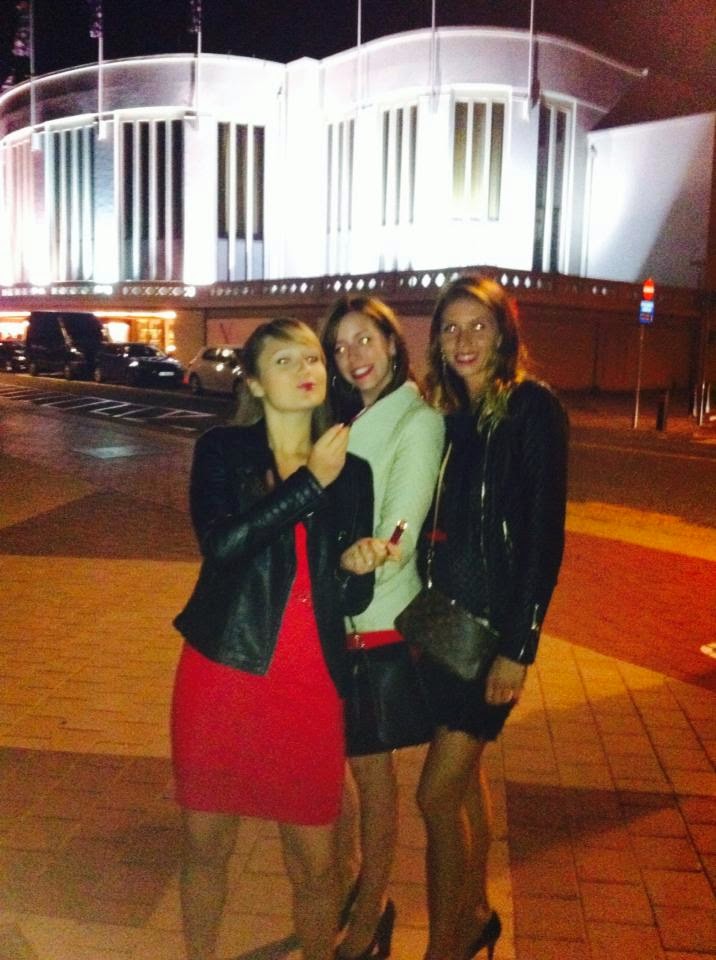 Back in march, my friends Niki and Davey let me know Blink 182 would be preforming at the Lokerse Feesten this summer. We all grew up with there music and didn't want to miss out on the chance to see them preform live. The Lokerse Feesten is a small festival in Lokeren of all places. I didn't really know what to make of it, as it was such a small festival with only one stage. 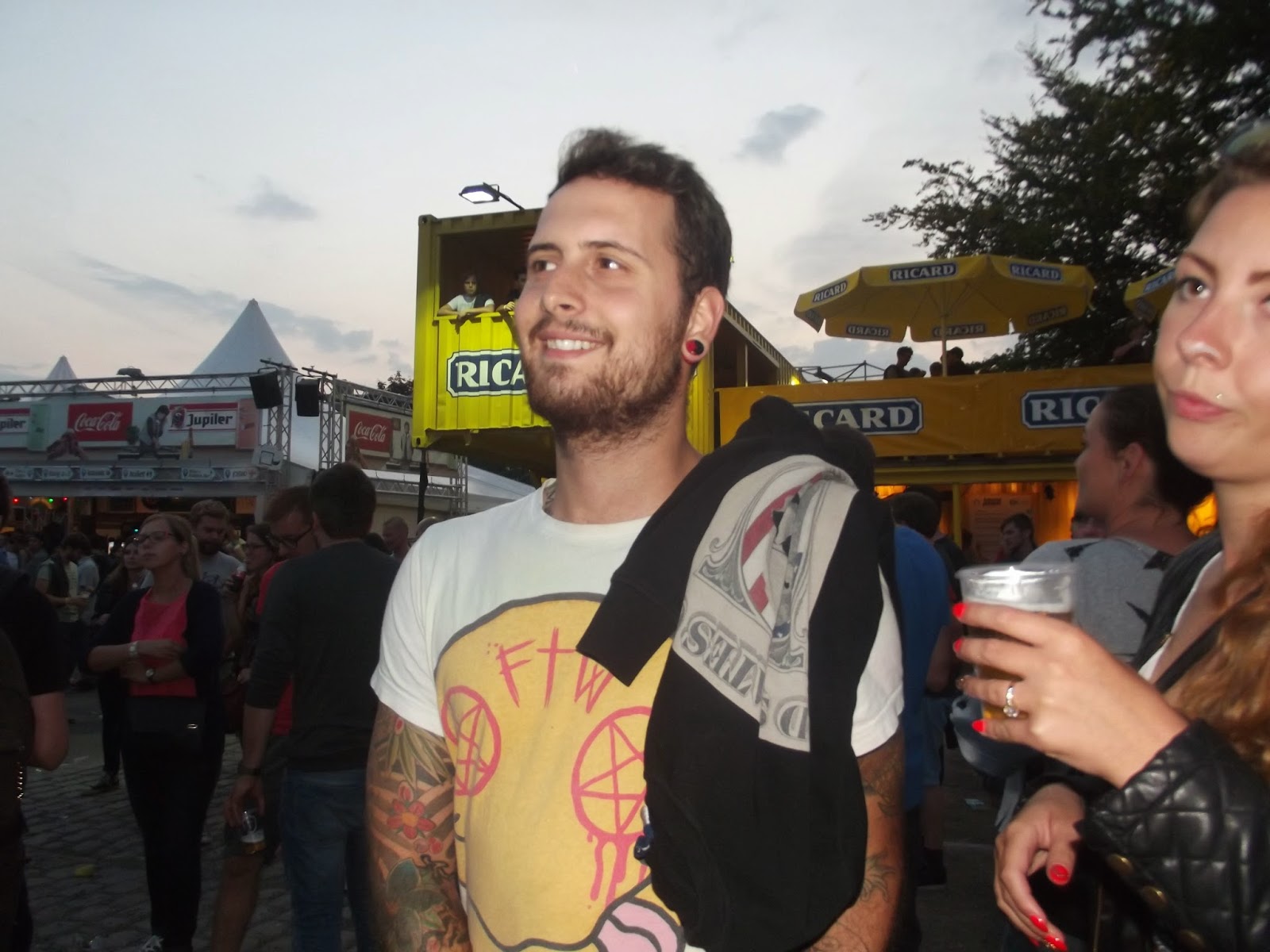 First up were two other bands, don't ask, I've already forgotten who they were, as I'd never heard of them before. Before Blink 182 was up Niki and I went exploring. I love festival food! There's always so much choice of exotic and fast foods. Again, because the place was so small there wasn't much to see. Niki got a really nice Blink 182 band tee with a floral print and I got a kebab. 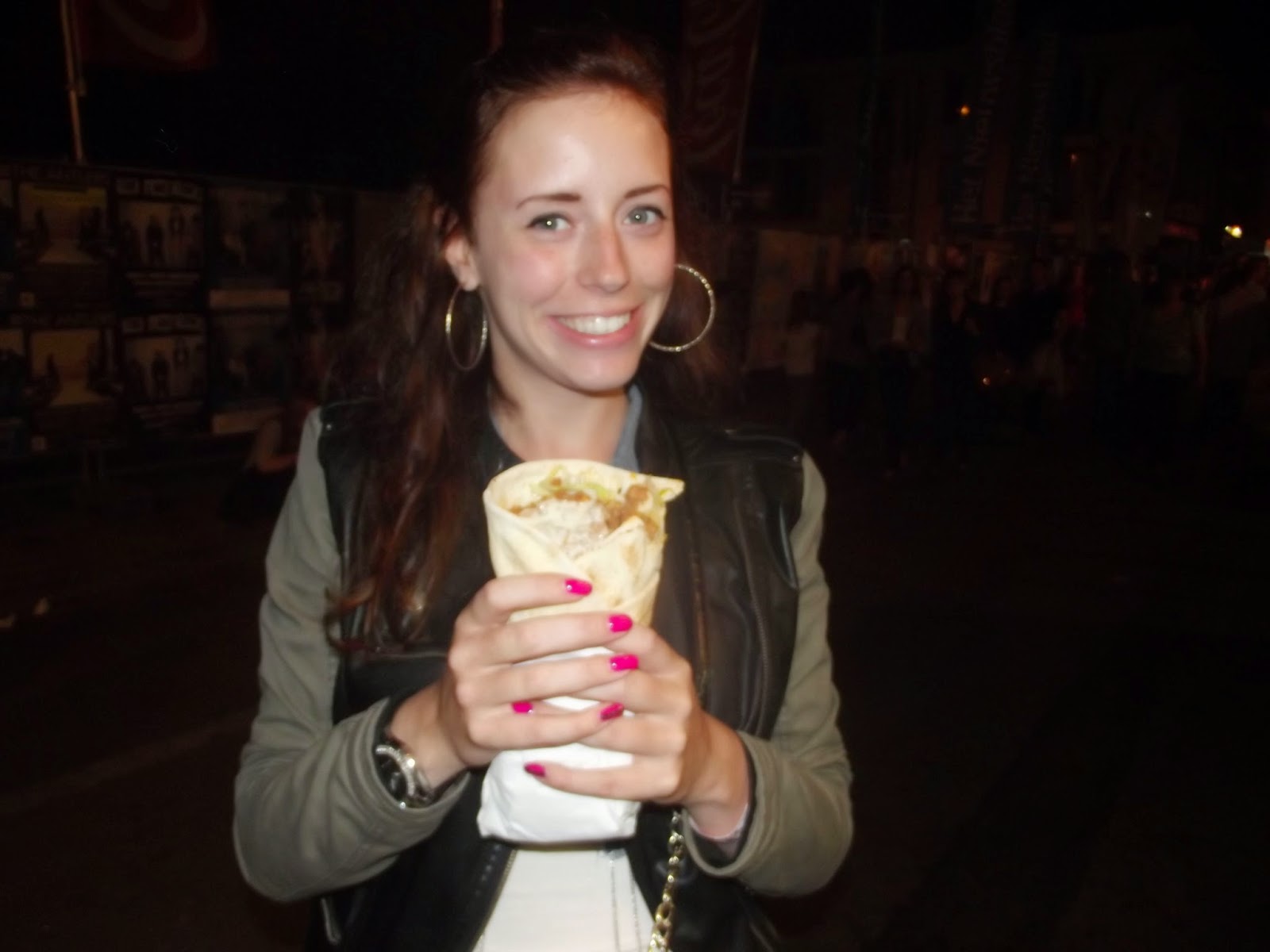 When they finally came on, there was no nonsense and they started playing immediately and the crowd went crazy! 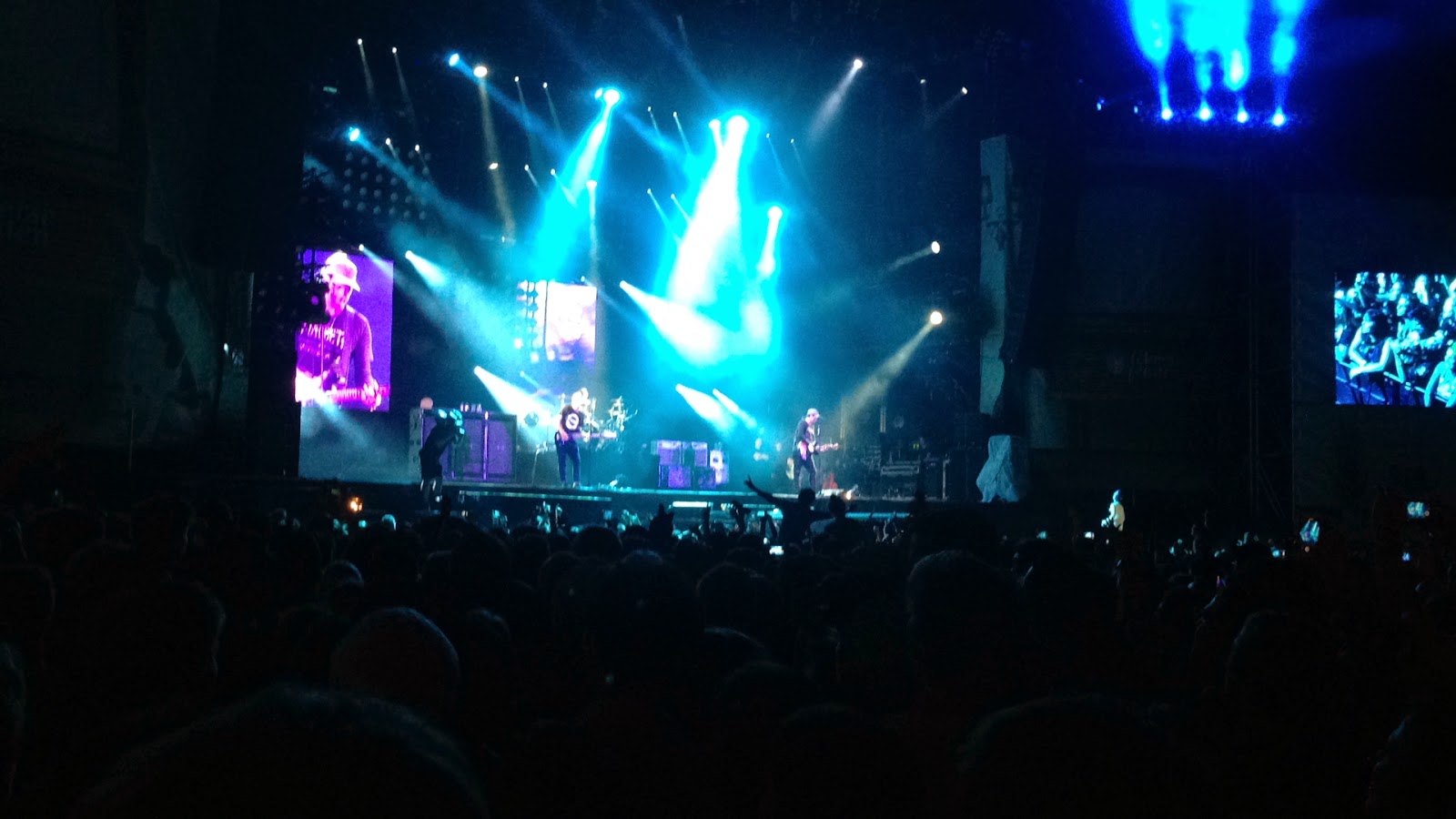 It was kinda strange to see how much they had aged, except for Travis. He looked freakishly the same and hasn't aged a day apparently. 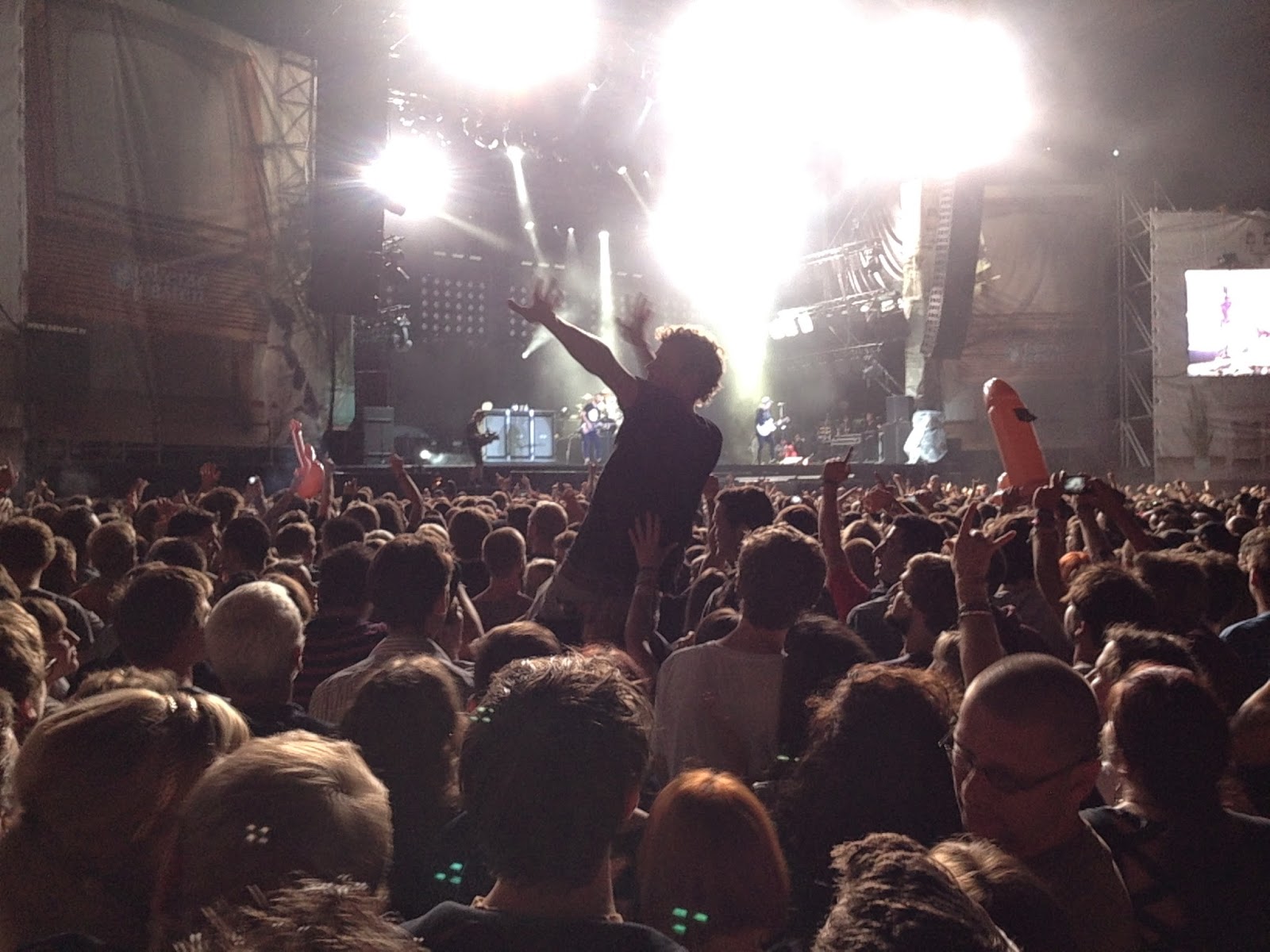 On the way to the festival Davey had mentioned a sign Blink 182 apparently put up on most shows and when the lights came on and the band started playing he was a bit disappointed Blink 182 hadn't used this particular sign. So at the very end of the show, when they started lowering the flaming sign many had anticipated, Davey looked very happy (: 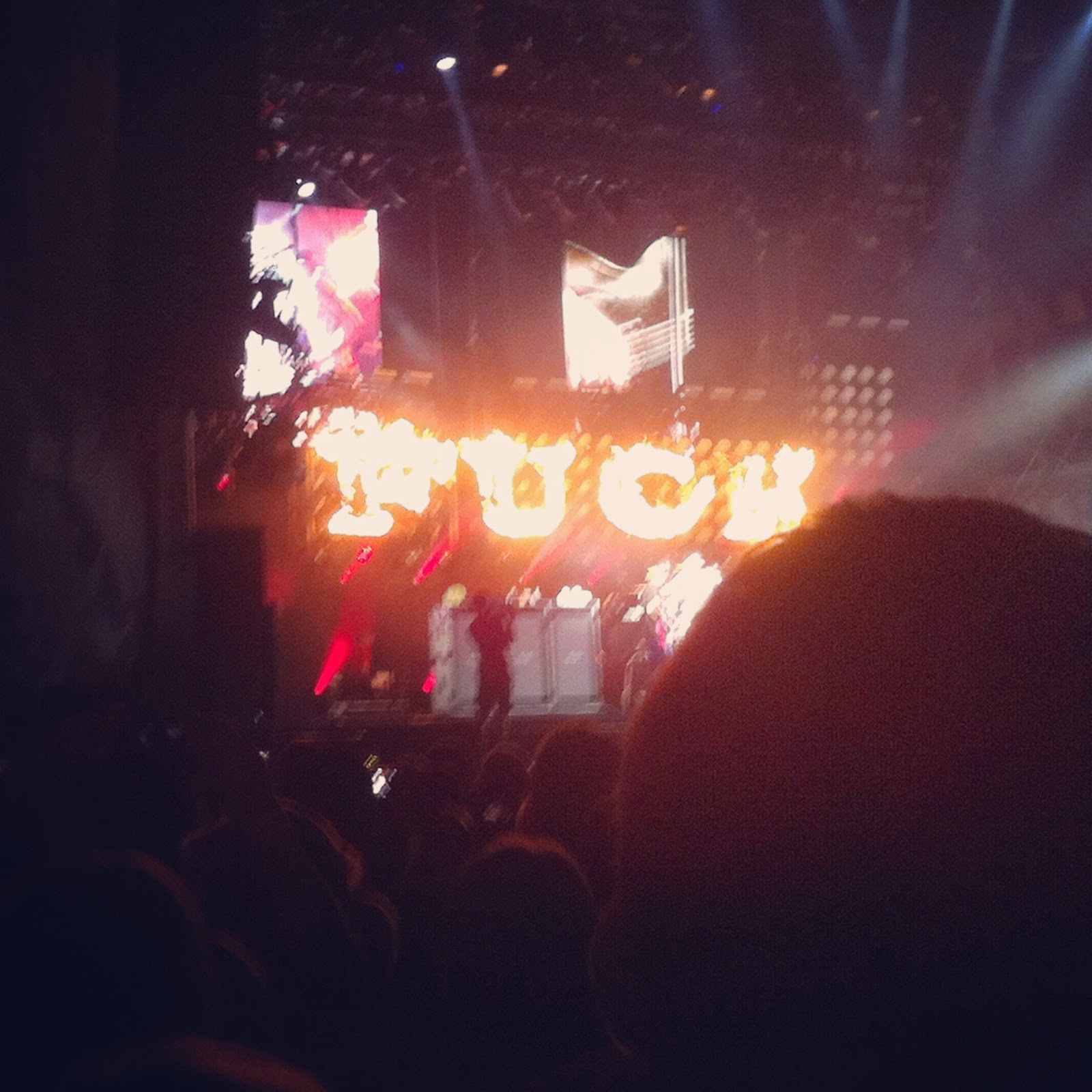 This was one hell of a trip down memory lane and we loved it! It was a great show and we all had an amazing time. 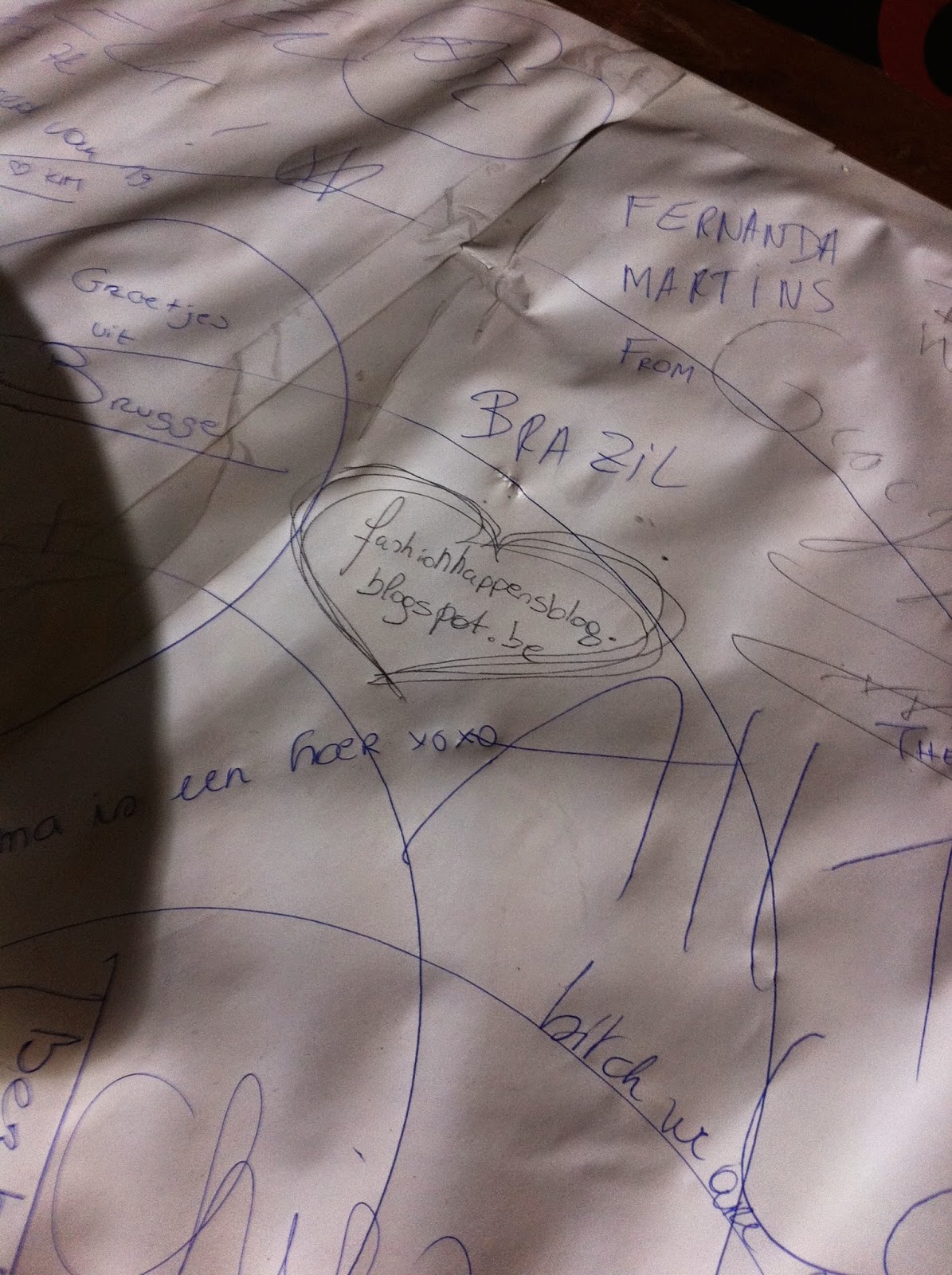 Before leaving we went for a quick stop at the restrooms, where I found the opportunity to leave my mark :) I just couldn't resist! 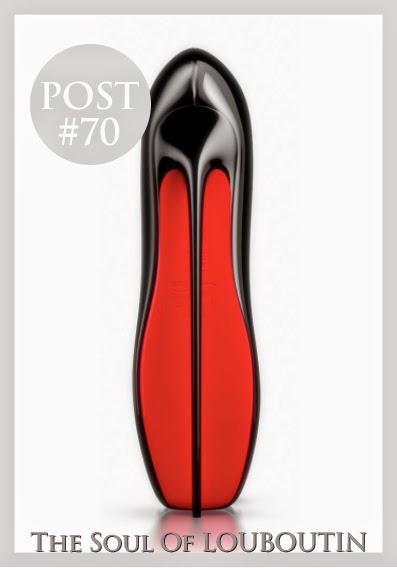 Have you ever wondered why Louboutin's always have red soles? Then I've got good news, Christian Louboutin has revealed the story behind the red sole. 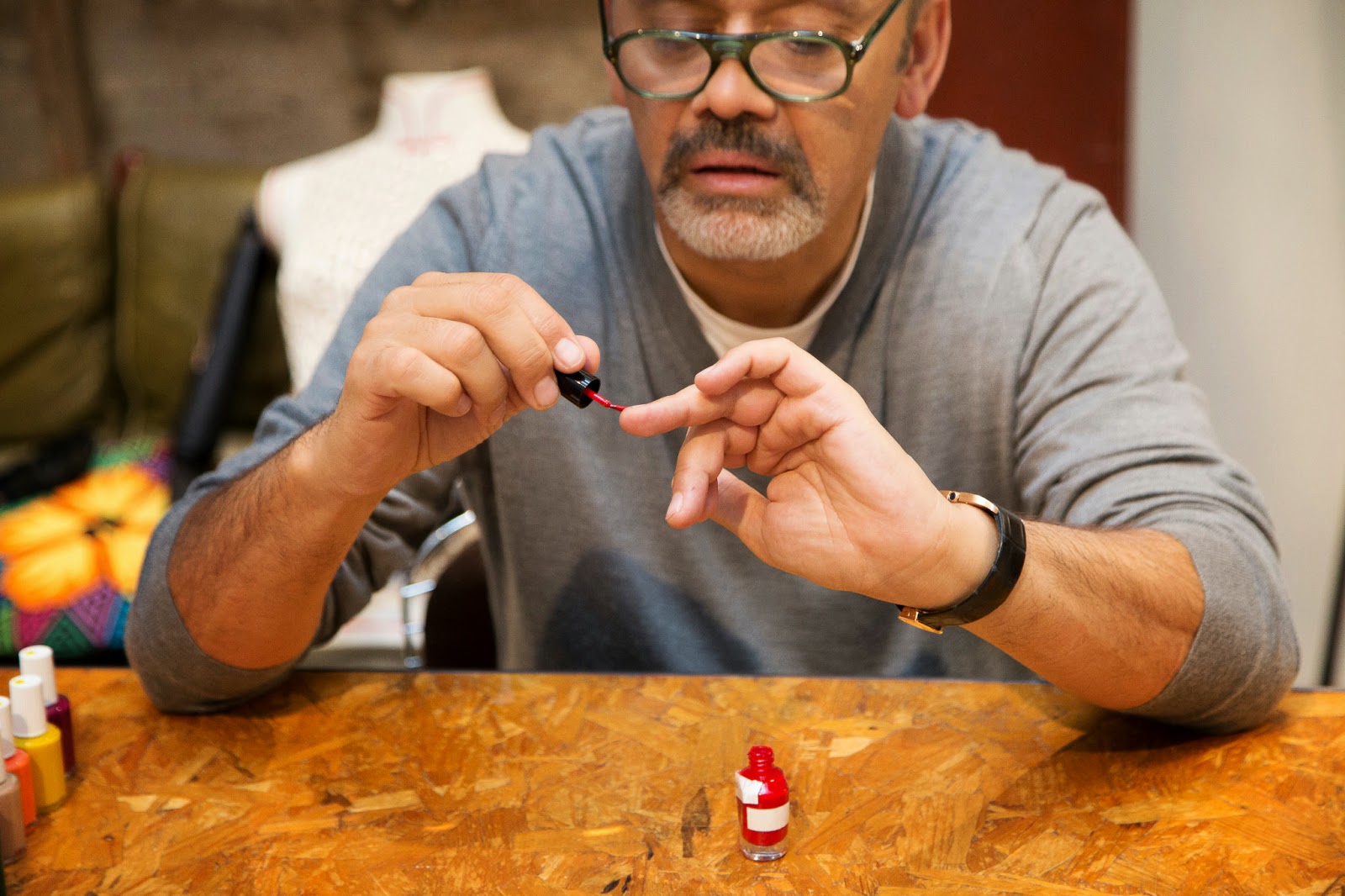 Back in 1993 in a studio in Paris, Christian Louboutin was working on the Pensée, a shoe inspired by Andy Warhol's "Flower". Feeling something was missing he searched his studio and spotted his assistant Sarah painting her nails. This color would become Louboutin's trademark, it was a color that suited every skin tone and goes with everything. 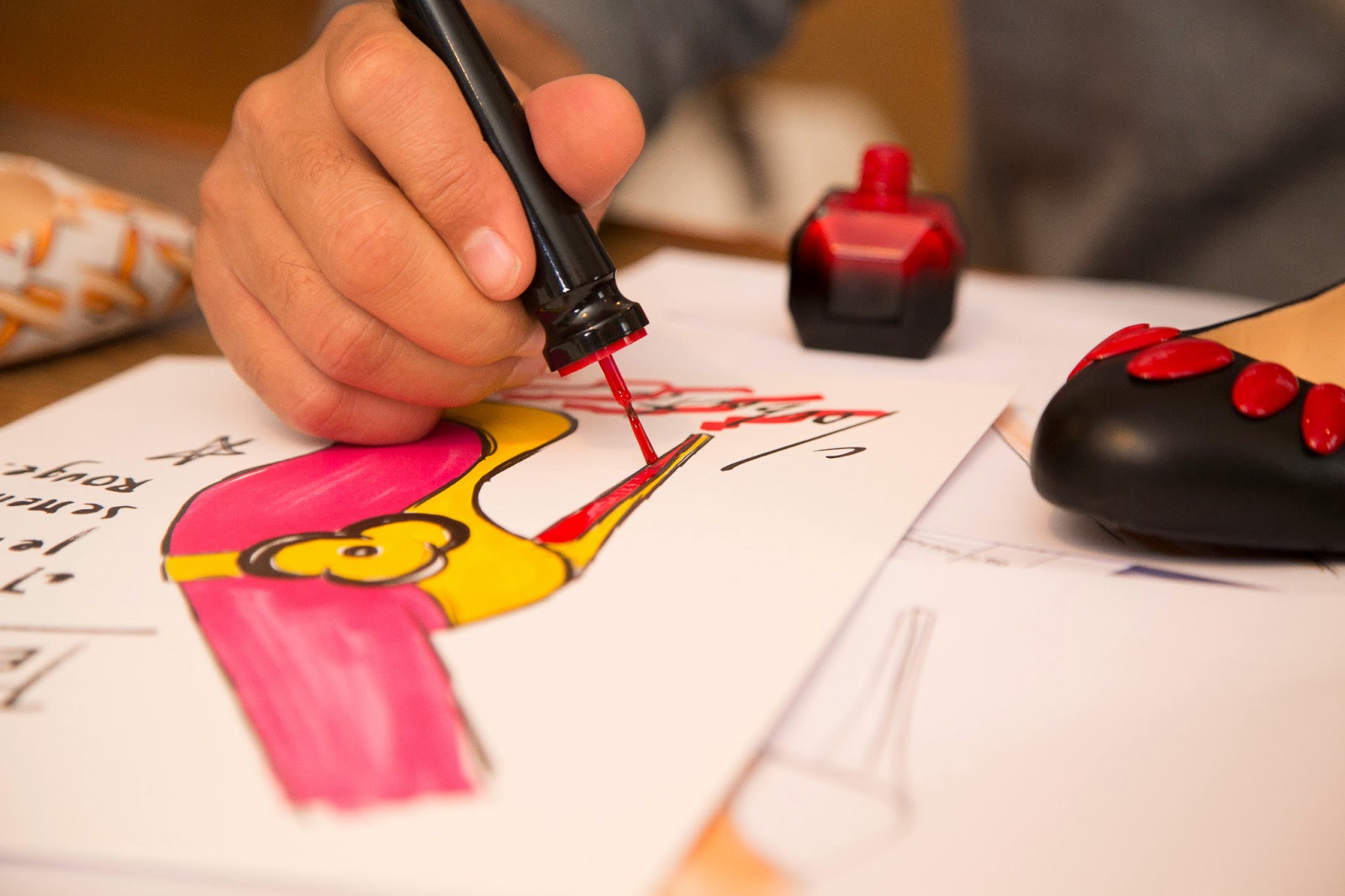 Louboutin's have become an iconic shoe piece and a must-have for every shoe lover.
I'm sure every girl would love a pair, I know I would.